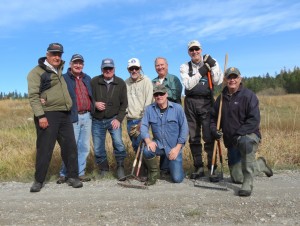 This is an ongoing program every year or so
to improve spawning access for rainbows out of the lake. The intent is
that, if they are able to spawn, they will survive and can return to the
lake and carry over to provide a few larger fish to be caught. There was
some evidence that there might even have been some reproductive success this
year which would be an added bonus.

After the work was finished, everyone had lunch and had a great afternoon catching a few of the fish.  An added surprise was a visit to Bayley Lake by WDFW officials who thanked our club for the work we have been doing on the channel. 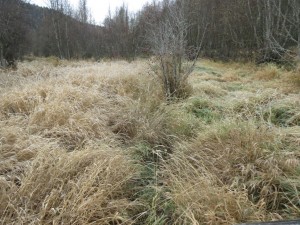 Before the work crew did the clearing 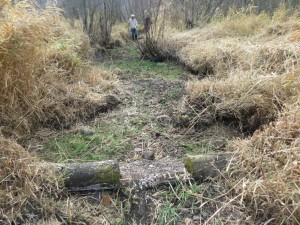 After the clearing was finished.